A club is born

"The History of the Skyscrapers"

as told by Leon Shulman

I just read the last issue of ‘SAM Speaks’ and read with interest your reflections on recent happenings- all well deserved, by the way! I am happy to learn that you are ‘still alive and well’ which gives me further proof that model airplane builders/fliers are long- lived.

Obviously this stirred up many fond memories of my ‘good ole days’ as a “yute” back in Brooklyn (New York).
My first recollection of our meeting was as a teenager, - when I saved up ten cents for the subway ride from Brooklyn to Manhattan- to see what the Company – JASCO was all about. I met you for the first time and was in awe with this event. I even spent another 28 cents for some 1/8” and 3/16” square balsa (that were really square) and 3 inch sheet balsa that was the finest, smoothest, Balsa I had ever fondled. I used this balsa to build my first
Gas Model design- the ‘Skyscraper’.

This put me on the way to being an active modeler – which caused our paths to cross again when I hitched a car ride with you and Bill Effinger- owner of Berkeley Models, and Larry Eisenger- editor of Popular Mechanics when retuning from the ‘National’s meet in Detroit. We met several times shortly thereafter when the ‘Metropolitan Model
League’ (of Model Airplane Clubs) was active in N.Y.C. Since I was very active in representing these clubs then- we worked on several committees that formulated the Gas Model Airplane rules that would govern the competition aspect of the growing hobby. I have several photos’ that were published that covered this period. I could copy you in-even shows you with hair- before we called you ‘Shirley Temple’. Remember that??

You were developing your annual books that documented the model aviation movement through those years.
In 1938 you published my ‘Skyscraper’- one wheel design. Coincidently this published plan caused much discussion through the years as to WHAT was the real name of this model design. I enclose my answer to that question to refresh your memory- if needed- “What is a TAMBE”? Coincidently the ‘Skyscrapers’ club is still in existence and I have copied them in on the history of the founding of this still thriving model airplane club.

We met several times afterwards when we met at the Sepulveda Basin and other flying areas on my frequent business trips to that area- and you lived in the North Ridge area. We flew R/C models many times during these meetings.
Seems that fate has destined our paths to cross for much more than half a century. I even think back of the friendship that developed between your Brothers (Albin and John, and sister Christine) and me through these years.

As I glance back at this I am inclined to comment, FRANK-“This is your life”!

Bottom line- Frank- I want to give you the message that YOU have touched many lives- for the good. And- I am happy that I had the pleasure and honor of having you as a friend and mentor.

WHAT IS A TAMBE?

Finally the story has to be told! Through the years, I have seen pictures, read articles, and had many conversations with many people about the name "TAMBE" being tagged to one of my early designs of the mid to late 30's. The plane dubbed the "TAMBE" is actually the "SKYSCRAPER"! The sequence goes this way: I designed this airplane back in 1937 after reading Charles Hampson Grant's articles expounding the concept of having a model design with a Low Center of Gravity and Center of Lateral Area resulting in a deep bellied fuselage model with a long tail moment, etc. Theoretically, this caused the model to have extremely good spiral stability although looking slightly 'pregnant'. The original version of this model featured an elliptical wing with a modified McBride B 7 airfoil and was made of sheet balsa with no spars, and used a double ellipse outline. The wing was silked with a minimum of dihedral, and then, upon being shrunk with water and dope, it was suspended by the wing tips with weight on the center section. When dried it formed the elliptical dihedral that made this plane unique for its time. The original version was flown with a Trojan, and then later versions used a Husky, Baby Cyclone, Gwinn Aero, and finally a Brown Jr. "B," "C," and "D" model. When the Brown Jr. engines were used- I redesigned the wing structure to add more strength, because of the greater air loads/speed.

Through 1937 and `38, it won many contests. In addition to the deep fuselage and elliptical wing concept, this model used only one wheel. My reasoning was one wheel is half the weight of two, one wheel is half the wind resistance of two, and one wheel is half the price of two! This single feature created a big stir at that time. Many other modelers followed that lead, since I was winning many contests and that is "where it was at" then. Frank Zaic contacted me in 1937 to include the plans for this model in his Annual Yearbook. I had named this airplane "THE SKYSCRAPER" since it really got up high with the limited engine run allowed. When I gave the pictures and sketches to Zaic, I asked him to publicize the club I belonged to. The club's name was "THE AIRPLANE MODEL BUILDERS EXCHANGE," in short T.A.M.B.E. Upon publication by Zaic the model's real name, "SKYSCRAPER," was deleted and "TAMBE" was inserted alongside the title block of the model design's identification, as a favor to me. Evidently the "SINGLE WHEEL" design configuration was the main feature of this model, especially since M.A.N. featured the `single wheel' in their Title also when they published the model. As the contest rules changed I used larger, more powerful engines to get the model as high as possible. During these years, rules were frequently changed to cut down on the allowed motor run, so we used more power to climb faster in the allotted `motor run time’ portion of the flight.

I went from a (sick) 19 to a Brown Jr. 60 in this quest for altitude. With the larger engines and props, the model picked up weight and although the One Wheel design saved many broken props (we used to carve our own) I developed the `breakaway' mounts that pivoted by shearing a match stick and saved the prop in most cases. Along the way I made design changes to harness the increased power. The culmination of this design, SKYSCRAPER (not T.A.M.B.E.) was the article that appeared in Model Airplane News in Nov.1938 Frank Zaic's yearbooks won out over M.A.N. And stood the test of time many 'old timers' saw these ZAIC plans and the name "TAMBE" stuck with the design.

Shortly after that, the T.A.M.B.E. Club `fell apart' because of Personality Clashes
with the `Senior Advisor'. After all we were all teenagers and at that period we had a Senior Advisor who helped the club in its organization and function.

Also, he allowed us the use of his basement to hold club meetings. When the club `fell apart' the really active members got together and formed a new club. We had a contest among the members to come up with a club name. Obviously with such a "maverick" group, many names were tossed about. The winning name, which earned me the grand prize a Spark Plug! Was "SKYSCRAPERS." My reasoning for using this name was because our club was very active, and from the New York City area, which was known for its Skyscrapers. I believed the name to be symbolic and the club adopted it unanimously! The insignia for the club logo was the next thing to be decided upon, and the wings with a triangle in the center won out and are still being used today. It was similar to the logo I used in the M.A.N. articles I wrote "SKYSCRAPER", and subsequently another article, "WING LOADING AT A GLANCE". To this day, the "SKYSCRAPER" club logo is in use, and although the membership has turned over dozens of times, the club is still active in free flight, and remains one of the pioneer Free Flight Clubs in the country. I am proud to have been part of its foundation and development.

I hope this information sets the record straight on the model erroneously called "TAMBE!" 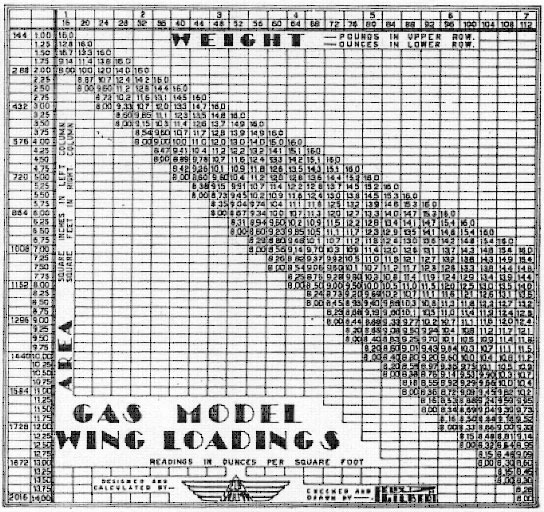